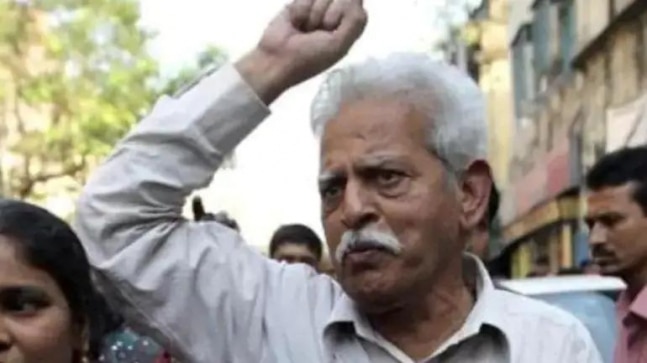 The National Investigation Agency (NIA) has submitted a medical summary of the case of Elgar Parishad accused Varavara Rao to the Bombay High Court. Rao had filed for an extension of the medical bail granted to him by the High Court in April this year.

The medical summary for Rao, 82, said he had been evaluated by several consultants, and they concluded that he was suffering from minor symptoms like insufficient sleep and exhaustion. However, her vital parameters appeared to be within the normal range and the remainder of the physical examination showed no significant abnormalities.

On November 29, 2021, the judiciary Nitin Jamdar and SV Kotwal ordered the NIA to take Rao to a private hospital for a medical examination at the agency’s expense. The NIA wants Rao to surrender and return to prison, as the provisional bail was only granted because he was not feeling well.

Due to his state of health, even in judicial detention, Rao was taken to a private hospital in the suburbs of Mumbai. This time too, when Rao’s lawyers objected to his control by the Civic Hospital, the court ordered that Rao be checked in the same private hospital, Nanavati.

At Friday’s hearing, after the report said Rao was normal, his lawyer Anand Grover pointed out that what was submitted to the court was only a summary of the report and not the entire case. review. Grover requested that the full examination report be submitted, so there is no confusion over Rao’s state of health.

In response to this, the judiciary pointed out that the summary report came from a hospital chosen by Grover. Even lawyer Sandesh Patil appearing for the NIA said, “If my esteemed friend (Grover) disputes the report, let Rao surrender and we can discuss the report.”

The Court adjourned the hearing until December 20, 2021 to allow Grover to respond to the summary reports and provide his opinion on them.

To read also: Who is Varavara Rao?