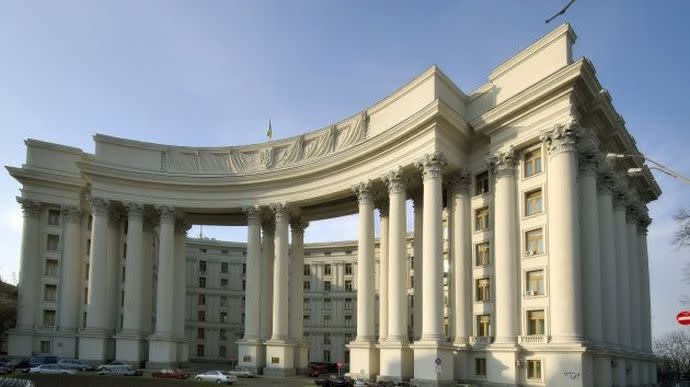 The Ukrainian Foreign Ministry is waiting for the Speaker of the Hungarian Parliament, László Kővér, to publish information on his mental health.

This is stated in a comment by the spokesman of the Foreign Ministry, Oleh Nikolenko, writes European Pravda.

The Ministry of Foreign Affairs noted that further evaluation of Kővér’s words directly depends on the conclusion recorded in the medical report.

“And more broadly, unfortunately, Hungarian politicians persist in dragging Ukraine through the mud and whitewashing Russia’s crimes. This position is not surprising, because historically Hungary has turned more than once towards evil,” Nikolenko said.

Background: Speaker of the Hungarian Parliament László Kővér has expressed his opinion about Ukrainian President Volodymyr Zelenskyy’s “mental problems” because he resolutely, and sometimes harshly, asks for support from his partners.

The President’s office responded to Kővér’s insults with proverbs and mentioned the Koriukiv tragedy [the Koriukiv tragedy was a mass murder by the SS forces of Nazi Germany of 6,700 residents of Koriukivka (then a village) in Ukraine on 1–2 March 1943].