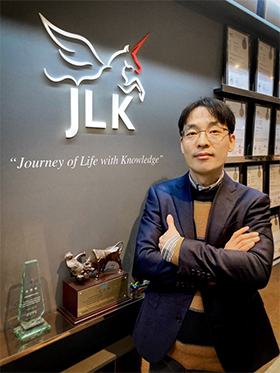 JLK Inspection, the first AI-based medical solutions company to go public on Kosdaq, plans to expand into the global market with its AI-based medical genomics technology capable of simultaneously reading medical imaging and the human genome without a security threat.

The Seoul, South Korea-based medical solutions provider is well known for its diagnostic platform named AIHuB developed to rapidly detect cancer and lung disease based on a solution that accurately analyzes eight types of ‘medical images from MRIs, CT scans and X-rays, among others.

AIHub equipped with integrated AI technology has extended its applications to many areas through continuous data updates and constant improvement in performance, company general manager Kim Dong-min said at the meeting. ‘a recent interview with Maeil Business Newspaper.

It only takes 10 to 30 seconds for the AI â€‹â€‹system to analyze the presence and severity of diseases such as stroke, prostate cancer and lung disease, and pathological images, Kim said, adding that major Korean hospitals are already using the company’s technology to diagnose and treat patients.

AIHub is advantageous in its simultaneous analysis of medical images and genomic information for various lung diseases and cancers.

The Medical Genomics service is launching in many countries around the world and sales have already started to come from this service, Kim said.

Another advantage of AIHub is that the diagnosis of AI can be easily performed even in areas with poor internet access, which facilitates its adoption in the regions of Southeast Asia, Latin America and Southeast Asia. Middle East where cloud connectivity and employment are relatively weak.

Clinics can install AIHub solution on laptop with Intel processor without internet connection. By connecting HandMed, a portable shooting and analysis device to the laptop, it is possible to diagnose diseases without an internet cloud server. Thanks to this, AIHub has been approved in more than 50 countries and territories around the world.

Kim, who studied AI and brain science in Japan, joined the company as CTO in 2016 and became CEO in 2019.

By Kim Si-gyun and Minu Kim