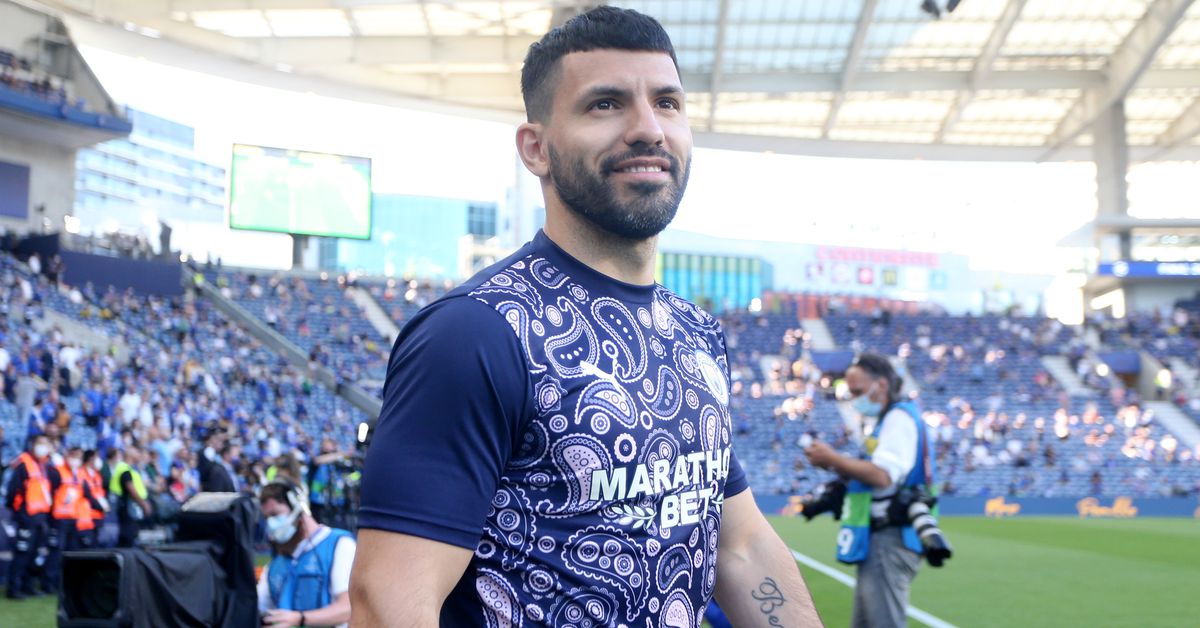 Sergio Aguero is expected to pass a medical exam in Barcelona on Sunday before finalizing his transfer to Camp Nou with a free transfer.

The season of the attacker with Manchester city came to an end on Saturday night as the Citizens tasted defeat to Chelsea in the Champions League final in Porto.

Aguero came on for the final 13 minutes, in his last appearance for the club, but couldn’t raise a goal and looked quite distraught after the game.

The latest update on his future comes from Fabrizio Romano who claims the striker has already put pen to paper on a deal.

Sergio Agüero will be in Barcelona in the next few hours to take his medical exam. Contract until June 2023 already signed. Eric Garcia is also expected to be announced. The agreement of Gini Wijnaldum will be officially concluded in the coming days, it is confirmed. #FCB # Barça

During this time, RAC1 report that Eric Garcia will also be at Barca shortly. The Man City defender is due at the club on Tuesday for a medical examination and could be presented afterwards.

Garcia will spend a few days in Barcelona with his family, then will go on an international mission to join the Spanish team for the Euro.