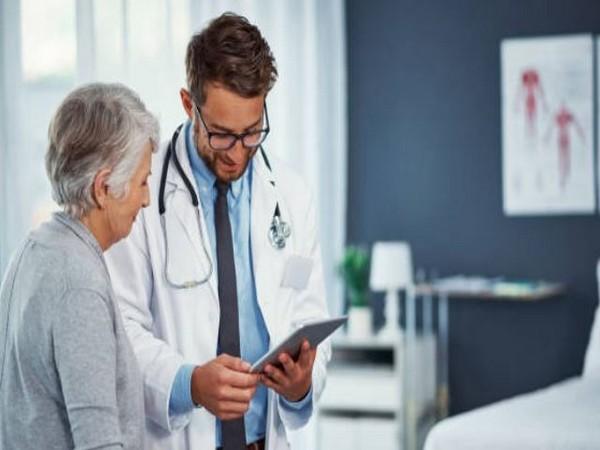 The results of the study were published in the ‘Journal of the American Geriatrics Society’.

As of April 2021, federal law has required U.S. healthcare organizations to provide patients with access to their electronic health records, including outpatient visit notes.

Previous studies have shown that patients who read their visit notes report feeling more in control of their care, remembering their care plan better, and trusting their clinicians more.

Patients with a single chronic condition, such as diabetes, said they had a better understanding of their medications and potential side effects.

The cross-sectional study looked at self-reported patient experiences from three healthcare organizations with up to seven years of experience providing patients with access to their notes through online patient portals.

“The results of this study suggest that these patients and their care partners could derive significant benefits from accessing their notes,” DesRoches continued.

“Healthcare organizations should strive to maximize patient engagement with this newly available health information both through patient portals and through other methods to ensure that patients and healthcare systems take full advantage of this increased transparency, ”added DesRoches.

DesRoches and colleagues invited more than 136,000 patients to participate in a survey through patient portals at three healthcare organizations in the United States: BIDMC in Massachusetts, University of Washington Medical Center in Washington State, and Geisinger Health System in Pennsylvania.

Over 21 percent of patients responded. After the researchers excluded patients younger than 65, the analytical sample included 7,688 patients who had read at least one clinical note on the patient portal in the previous 12 months.

Eighty percent of survey respondents said they had read notes for more than a year.

Almost three-quarters of respondents said their notes were “very important” to taking care of themselves, and six in ten said reading notes helped them feel more in control of their care.

When DesRoches and his colleagues specifically looked at patients with two or more chronic conditions, they found that patients in this group were more likely to have read four or more visitation notes.

People with multiple chronic conditions were also more likely to say that reading their notes helped them understand and feel more comfortable with their medications and taking them as prescribed.

Less than five percent of seniors said they were more confused or worried after reading their notes.

However, DesRoches acknowledged that the figure can be misleading. Due to the self-selective nature of the surveys, respondents were likely more tech savvy and / or enthusiastic about outpatient notes than the average patient.

Additionally, respondents were predominantly white and female, had at least a high school diploma, were retired and spoke English, and the majority had no more than two chronic conditions.

“The general lack of diversity among respondents limits our ability to draw conclusions about minority, low-income, or less-educated patient populations who are already marginalized by the ‘digital divide’ in healthcare,” DesRoches said.

“While online access to information holds promise for patients, health systems should strive to ensure that all elderly patients have access to appropriate information in the format most usable and useful for them”, added DesRoches.

Co-authors included Liz Salmi, Zhiyong Dong, and Charlotte Blease from BIDMC. This work was supported by the Gordon and Betty Moore Foundation, the Cambia Health Foundation, the Robert Wood Johnson Foundation, the Peterson Center of Healthcare, and the Keane Scholar Award.

(With entries from ANI)

Disclaimer: This article was posted automatically from an agency feed without any text changes and has not been reviewed by an editor