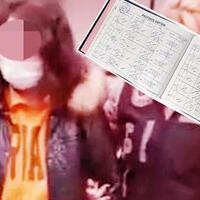 A 300-page statement from the main suspect in the case to the police detailed how the fraud ring operated.

The members of the ring cooperated with four private medical centers and doctors, nurses and secretaries working in these establishments.

The fraud ring had prepared and sold fake medical reports to thousands of people. Individuals bought these reports to call in sick and avoid work. People have been charged 1,250 Turkish liras (around $85) for a report, suggesting the report holder is unable to work for 10 days. The price was much higher between 3,000 lira and 5,000 lira for a medical report requesting a 30-day rest period for the patient.

Those who wanted to obtain these false documents did not bother to go to these medical centers, they only sent their identity information and transferred money for the reports.

The owners of these private medical centers were aware of the fraudulent scheme and the doctors who worked there were paid according to the number of reports they issued.

In his statement to police, the alleged ringleader claimed that each medical center involved in the scheme would prepare such reports for up to 500 people each month. “Clients included civil servants, bureaucrats, teachers, doctors, health care workers and intelligence officers,” he said.

During the operation against the fraud network, the police arrested 17 people, including the owners of four of these medical centers, doctors, nurses and secretaries. One of the owners was arrested, while three others were released on bail.