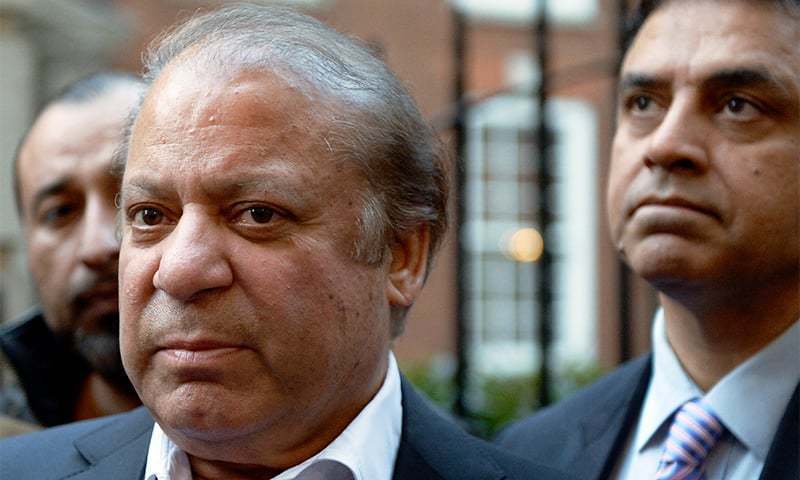 LAHORE: Days after UK Home Office refused to extend former Prime Minister Nawaz Sharif’s stay in the country on medical grounds, his “new” medical report was submitted to the High Court in Lahore here Wednesday, pleading that he “cannot come back because the doctors did not but allowed him to travel by plane”.

This is Nawaz Sharif’s 11th medical report submitted to the LHC since he left the country in November 2019 for treatment. In all medical reports, a similar plea had been made that “the doctors prevented him (Nawaz) from traveling by plane”.

PML-N chairman Shehbaz Sharif has already ruled out returning the party supremo to the country until his “full recovery”, saying he can legally stay in the UK until the British immigration court decides on his appeal against the Home Office’s refusal to extend his visa.

Nawaz’s attorney, Amjad Pervaiz, submitted the three-page report (to the court) which was prepared and signed by his consultant cardiothoracic surgeon (from Nawaz), David Lawrance.

Consultant advises ex-PM not to travel due to “health complications”

In the latest medical report, Lawrance said: “Nawaz Sharif, without a doubt, has complex and complicated medical issues that need to be dealt with holistically. Great care must be taken in the management of each of the diseases and comorbidities from which he suffers in order to maintain a fair balance. He was cared for by an experienced hematology team led by a senior hematologist from Guy’s and St. Thomas Hospital and cardiologists from Royal Brompton and Hare Field Hospital, London. Prior to this latest referral, Mr Nawaz had been undergoing treatment here in London for many years.

The doctor said: “There is also the onset of transient ischemic dilation suggesting a heavy ischemic load which makes up about 22% of the myocardium. This indicates a significant decrease in the blood supply to the heart in the circumflex territory and impaired function. Mr Nawaz is advised to undergo cardiac catheterization and subsequent management given the significant risk of his heart disease worsening but once his comorbidities (ITP, hypertension, diabetes and chronic nephropathy) have been stabilized by a multidisciplinary approach. .

“He developed ITP while incarcerated and his response to first and second line therapy was unsatisfactory, a stable platelet count within the medically prescribed range was paramount to ensure safe diagnosis and treatment. In addition to the recent finding that he had developed carotid artery stenosis, it was assessed that he had an exacerbation of his coronary artery disease and deterioration in kidney function. The intention was in fact to proceed with the management of his heart and carotid diseases once he had obtained the authorization of the specialties of hematology and nephrology.

Surgeon Lawrance further told Mr. Nawaz that he had been advised to “eat healthy, exercise regularly and manage stress as much as possible so as not to adversely affect his health.”

“Nawaz Sharif told me that he was held in solitary confinement for an extended period during his imprisonment in Pakistan. If this were true, I share his concern that it may have contributed negatively to his health, both physically and psychologically. During the Covid crisis, he was treated medically and was under surveillance and follow-up for his persistent symptoms. He should now have his coronary angiography and possible angioplasty, ”Lawrance said and added that this was his opinion regarding Mr. Nawaz’s trip to Pakistan and its health implications remained the same as reiterated in my comments. previous medical reports.

“He should absolutely avoid traveling and visiting public places like airports. He should only stay near the health facilities where he received his treatment until the threat of Covid-19 is over and his health issues are adequately treated, ”Lawrance said and added that UK facilities were providing the best care as is important in dealing with complex health issues.

“Mr. Nawaz needs to take serious precautions as he is a clinically extremely vulnerable person.”

Before Nawaz left for London, Shehbaz had made a commitment to the LHC to ensure the return of his older brother “within four weeks or upon certification by the doctors that he has recovered his health and is fit to return. in Pakistan “. . Nawaz was allowed to leave the country for four weeks, extendable on the basis of medical reports.

Nawaz was serving seven years in Kot Lakhpat prison in the Al-Azizia corruption case before leaving for London.

Last week, Nawaz lodged an appeal with the British Immigration Court to challenge the Home Office’s decision to deny an extension of his visa on medical grounds.