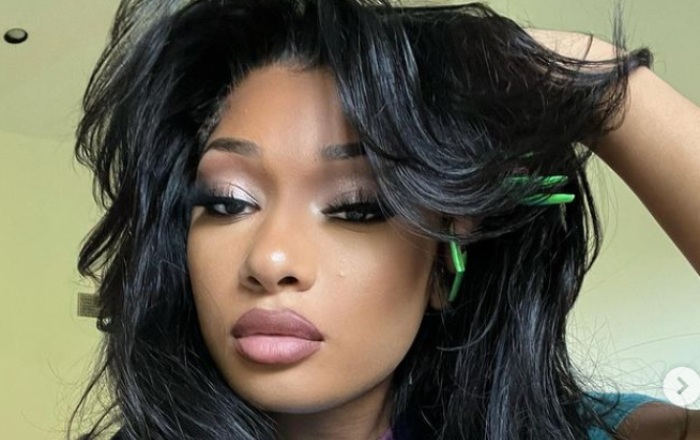 Megan Thee Stallion walked on glass, the doctor in the Tory Lanez case confirms in a new report. From the start, Tory Lanez said he didn’t shoot Megan The Stallion in the foot. The recent report that has been circulating supports Tory Lanez’s claims.

If you look closely at the bottom of the report, the case officer found a yellow pendant, a nail, and spent casings (bullets) from the crime scene. So a shot was fired. The initial medical report obtained by Page Six said doctors found three major bullet fragments in Megan Thee Stallion’s feet after Tory Lanez allegedly shot her. Megan The Stallion also told police she thought she stepped on glass to cover up Tory Lanez.

Megan Thee Stallion did a full interview with Gayle King about the incident, which sparked both support and criticism around her case with Tory Lanez.

Which sane doctor is violating HIPPA for Tory Lanez? Be fr.

Tory Lanez taught me that when you’re innocent, you keep quiet and let the loud and guilty make a fool of themselves.

you female dogs are stupid. megan thee stallion told you 2 years ago that she walked on glass to protect tory lanez from the police. she had glass fragments AND bullet fragments https://t.co/2BPqzdw37U

She initially told authorities that she thought she had “stepped on glass”.

So the top doctor in California examined and treated Megan Thee Stallion’s foot.. for GLASS…now this 2nd doctor who didn’t examine or treat her injuries WEEKS later claims she was shot…and y’all want that I believe Roc Nation did not frame Tory Lanez? pic.twitter.com/ZG3kQ58hg3

“Who cares” conveniently when Tory Lanez is proven innocent lol, fuck worthless trash like you https://t.co/zIi3NsAS4Q

crazy how megan thee stallion let the media rip tory lanez apart on this the longest and stuck to his lies. imagine pulling the “protect black women” card just to humiliate the whole movement by lying about a black man for years. he better pursue her #protectblackmen #torylanez pic.twitter.com/Vn2uV2BfSn

My reaction to every time someone tried to say Tory Lanez was guilty without even proof: pic.twitter.com/Lvzr5UyVZQ

What do you think of the report revealing that Megan Thee Stallion walked on glass?

Five fun facts you may or may not know about Odell Beckham Jr.