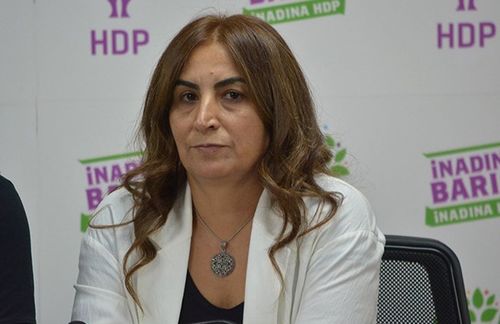 The Istanbul Forensic Medicine Institution released a report regarding the state of health of former Democratic Society Party (DTP) co-chair and MP Aysel TuÄŸluk, who has been behind bars since December 2016. The Institution concluded that “she can lead her life on her own.”

The report stated that “the execution of its [sentence] can continue in prison conditions by allowing her to receive regular treatment and medical check-ups at the polyclinic at recommended intervals. “

As reported by Zemo AÄŸgÃ¶z of the Mezopotamya Agency (MA), the Kocaeli Attorney General’s Office rejected Aysel TuÄŸluk’s request for release on the basis of this forensic report.

HDP: We do not accept the decision

In his statement on the matter, Ãœmit Dede of HDP said:

â€œThe Department of Forensic Medicine at Kocaeli University released a committee report stating thatâ€œ his disease has a chronic and progressive course; there may be problems with the adequacy of medical support and care in the conditions of detention; she cannot lead her life alone under the conditions of the penal institution and, therefore, the execution of her sentence should be postponed. ‘

â€œImmediately after that, her lawyers and the prison administration demanded that Ms. TuÄŸluk be returned to the Istanbul Forensic Medicine Institution.

“We, as lawyers and the HDP Legal Commission, will insistently follow the necessary administrative, medical and legal means so that the obvious contradiction between the reports of the forensic institutions of Kocaeli and Istanbul is eliminated and until that his legal rights are protected.

On December 29, 2016, while she was vice-co-chair of the People’s Democratic Party (HDP), Kurdish politician Aysel TuÄŸluk was arrested along with seven other politicians from the Party of Democratic Regions (DBP) and the Congress of Democratic Society ( DTK).

The indictment filed against TuÄŸluk, who was DTK’s co-chair until September 2014, brought her statements to the press as well as the funeral she attended as criminal evidence against the politician.

As Aysel TuÄŸluk’s appeal to the Ankara Regional Court of Justice was dismissed, his case was referred to the Court of Cassation.

She was a founding member and co-chair of the Democratic Society Party (DTP) and elected Member of Parliament for DiyarbakÄ±r in 2007-2009. She became Van deputy of the People’s Democratic Party (HDP) in 2011-2015. She was HDP vice-co-chair responsible for law and human rights.

Born in ElazÄ±ÄŸ in 1965, she graduated from Istanbul University Law School and worked as a freelance lawyer. (RT / SD)