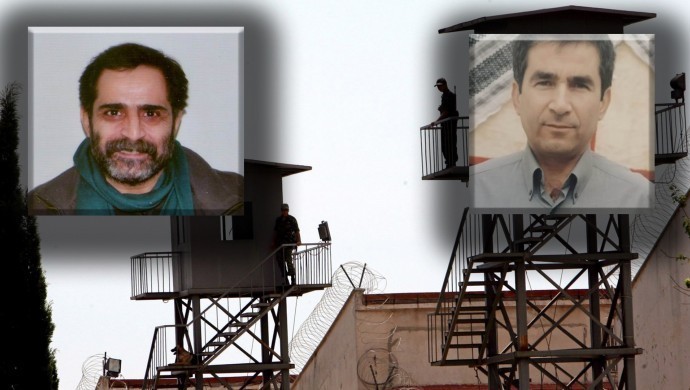 Halil GÃ¼neÅŸ, 49, an inmate with cancer, was found dead in DiyarbakÄ±r prison on Wednesday after being refused release due to his condition despite a report by the medical committee, the agency reported. Mezopotamya press release.

GÃ¼neÅŸ was sentenced to aggravated life imprisonment and has been in prison for 29 years. He suffers from lung and bone cancer. He had been in a cell alone for five days and was found dead Wednesday morning during the call.

Twice operated, GÃ¼neÅŸ was also diagnosed with severe COPD and sleep apnea; doctors told him he should sleep with a device that provides air pressure for the rest of his life and use an oxygen mask during the day.

GÃ¼neÅŸ received a medical report in 2014 indicating that he was not fit to stay in prison. But he was not released after the Institute of Forensic Medicine released a report that he could keep his life in prison. His lawyers then requested his release from the Constitutional Court, but his case was not resolved until his death.

According to his lawyer, AslÄ±han Bulut, the prison administration did not give GÃ¼neÅŸ his medication despite their requests.

A second ill detainee, Abdurrazak Suyur, died Tuesday afternoon in a hospital in Izmir. He suffered from early stage lymphoma. Suyur was hospitalized 10 days ago, but his family has not been informed despite their appeals to the prison administration. According to lawyer Halil CoÅŸkun, the cause of his death has been recorded as “suspicious” and an autopsy will be performed.

GÃ¼neÅŸ and Suyur were both imprisoned for their links with the Kurdistan Workers’ Party (PKK), a secessionist armed group listed as a terrorist organization by Turkey, the European Union and the United States.

Human rights activists and opposition politicians have often criticized the authorities for failing to release critically ill prisoners so that they can receive appropriate treatment. Human rights defender and People’s Democratic Party (HDP) MP Ã–mer Faruk GergerlioÄŸlu said sick prisoners were only released when they were at the point of no return.

According to the Human Rights Association (Ä°HD), as of June 2020, there were over 1,605 sick inmates in Turkish prisons, of which around 600 were seriously ill. Although most of the critically ill patients had forensic and medical reports deeming them unfit to stay in prison, they were not released. The authorities refuse to release them on the grounds that they represent a potential danger to society. In the first eight months of 2020, five critically ill prisoners died because they were not released in time to receive proper medical treatment.

Take a second to support the Stockholm Center for Freedom on Patreon!