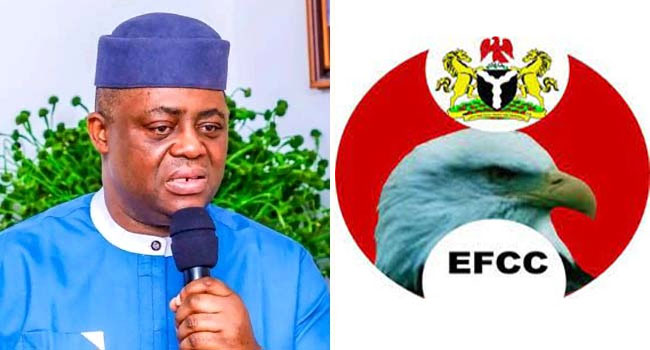 She also claimed that the former minister dictated the content of the medical reports.

The Economic and Financial Crimes Commission (EFCC) had taken Fani-Kayode to court on 12 counts of obtaining a “fabricated” medical report and using the false document.

READ ALSO: Fani-Kayode pleads not guilty and obtains a bond of 5 million naira

The anti-corruption agency had specifically accused him of having recruited a certain Dr. Ogieva Oziegbe to issue the false medical report, which he allegedly filed in the Federal High Court where he was on trial before Judge Daniel Osiagor for money laundering. money.

But the former minister pleaded not guilty to the charge.

Bukola told the court that she used her Samsung phone to communicate with the defendant and that the phone was currently with the EFCC.

At this point, Judge Abike-Fadipe adjourned the case to allow the prosecution to introduce and tender the phone into evidence.

Before the second witness testified, the first prosecution witness, Bassey Amah, had concluded his testimony under cross-examination by the lead defense attorney and a senior Nigerian attorney, Norrison Quakers.

Through the witness, Quakers had presented a certified copy of his hospital identification card, which was later admitted into evidence as Exhibit P2.

The lawyer stated during cross-examination that on the said identity card, the witness was identified as Assistant Chief Medical Record Officer while he told the Court that he was the head of the Medical Records Unit of the hospital.

On re-examination by the lead prosecutor, Rotimi Oyedepo, the witness clarified that what was on the identity card was his rank and that, by designation, he was the head of the medical records unit.

The rest of the trial has been adjourned until April 8.