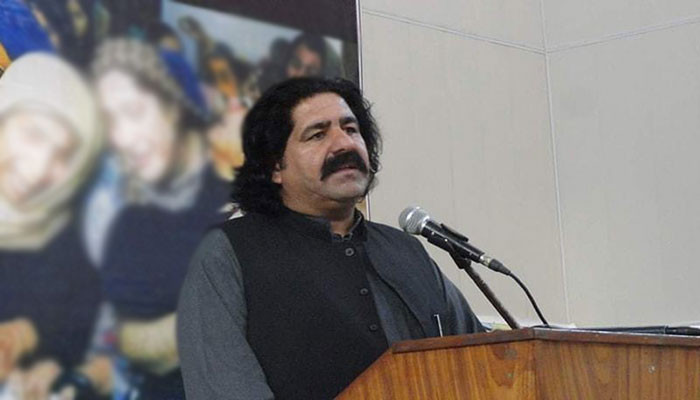 An anti-terrorism court has asked prison authorities for a medical examination report from Pashtun movement leader Tahaffuz and lawmaker Ali Wazir after he complained of back pain and kidney problems.

The ATC-XII judge ordered the director of the central prison to provide a full report on the state of health of the interned lawmaker at the next hearing, in addition to informing the court of the treatment inflicted on Wazir in the jail.

Meanwhile, the court gave the investigator in charge of the case more time to obtain a certified translation of the suspect’s speech in which he allegedly criticized and incited the public against the state.

At the start of the hearing, the investigator asked the court to give him more time to bring the translation from the Federal Investigation Agency, saying the correspondence was time consuming and went through a slow bureaucratic process.

At the previous hearing, the court ordered the IO to obtain the Urdu translation of Wazir’s Pashto speech from the FIA ​​after the previous two translations became controversial.

Initially, the police had submitted their own translation of the speech given to ATC; however, the defense lawyer objected and the court ordered the OI to do so from the Pashtu Academy at the University of Peshawar.

The defense attorney later objected as well, saying the translation was the same as the previous one and the only difference was that the latter bore an academy stamp.

According to the prosecution, lawmakers addressed a public rally of around 2,000 participants in Sohrab Goth on December 6, 2020 in which they incited the public against the state and used derogatory language against the security forces. .

Police arrested Wazir in Peshawar in connection with the case at the request of the Sindh police and airlifted him to Karachi for trial. Currently, he alone is in police custody while 10 of his alleged accomplices have obtained bail from the court.

The indictment states that as part of the investigation, witness statements and video footage of the rally, the case was filed under Articles 120-B (criminal association punishment), 121 (waging or attempting to wage war or encouraging war against Pakistan), 121-A (conspiracy to commit offenses punishable under section 121), 124-A (sedition), 153 (gratuitous provocation with intent to riot), 153-A (fostering enmity between different groups, etc.), 505 (statements leading to public mischief), 506 (punishment for criminal intimidation), 188 (disobedience to order duly promulgated by an official) and 34 (common intention) of the Pakistani Penal Code read with Article 7 of the Anti-Terrorism Law.